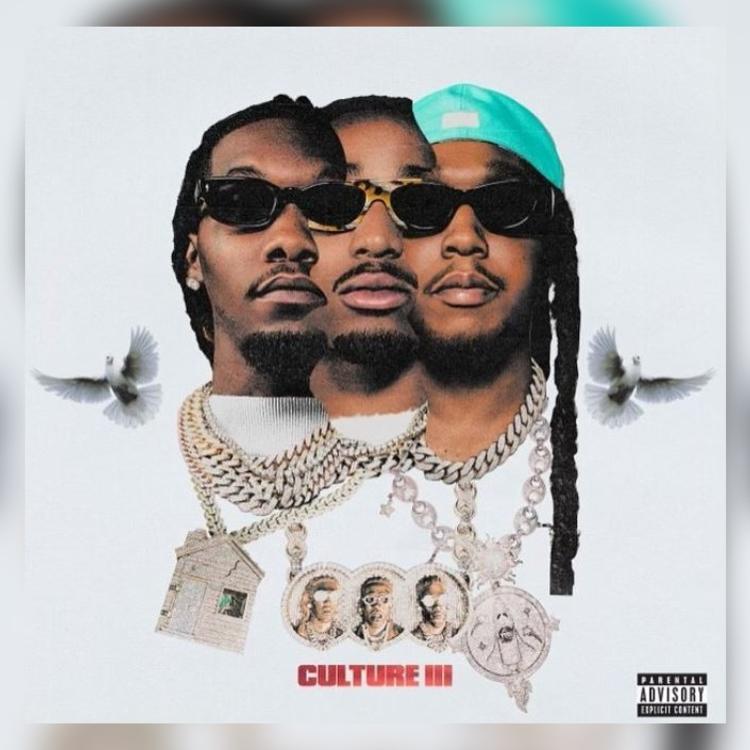 Migos Culture III tracklist streaming and cover art is now available on all platforms. [via hotnewhiphop]. Atlanta trio – Quavo, Offset and Takeoff – is back in the rap game with a new dope album. In the project you can find a lot of collab tracks: What you see feat Justin Bieber or Light it up with the never forgotten Pop Smoke. 19 hot songs released on AppleMusic and Spotify. Let’s find below the official album tracklist, cover art and the links. If you like the trap sounds I invite you to check out my trap beats.

“Greatness. The greatest album of this year. The greatest album of the summer…It’s back open. I feel like this album going to open up the world. We’re having fun and smiling again, you know what I mean? Everybody’s been hurtin’, and going through this pandemic, and losing loved ones. I feel like this is a breakthrough. This is the sonic boom to the new life and new world that we live in. We’ve been going through this pandemic for like a year and a half. So, we’re coming back with Culture 3. We haven’t dropped any music in three years. The year that we was going to drop, the pandemic hit. So I just feel like it’s a breath of fresh air…” This is part of the Quavo’s words found on hotnewhiphop article, about their new album.

Below you can find the official tracklist:

The whole project is available via Spotify and other platforms. Check out below the spotify player where you find some previews from “Culture III”.